In 1979, Toronto’s Armenian Community Centre and A.R.S. Day School were opened in Toronto. The Catholicosate of the Great House of Cilicia had no Armenian Church situated in Toronto. After a petition in 1983, approval to found a new church was given by the Prelacy of Canada and Eastern United States under the blessings of His Holiness Karekin II, Catholicos of the Great House of Cilicia (then Karekin I of All Armenians) and under the direction of His Eminence Archbishop Mesrob Ashjian.

In 1987, the Blessing of the Foundation Ceremony was held. On May 27th, 1990, the newly built building was blessed and consecrated officially naming the church St. Mary Armenian Apostolic Church. Divine Liturgy was then celebrated for the first time.

In the spring of 2012 the church was heavily renovated Under the Auspices of then Prelate of Canada, Archbishop Khajag Hagopian.

Over the past 35 years of establishment, the number of the Armenian community increasingly grew. That said, we’ve celebrated more than two thousand five hundred Divine Liturgies, conducted more than three thousand services, baptized over a thousand children, wedded more than a thousand couples all in the name of our Father, the Son, and the Holy Spirit. 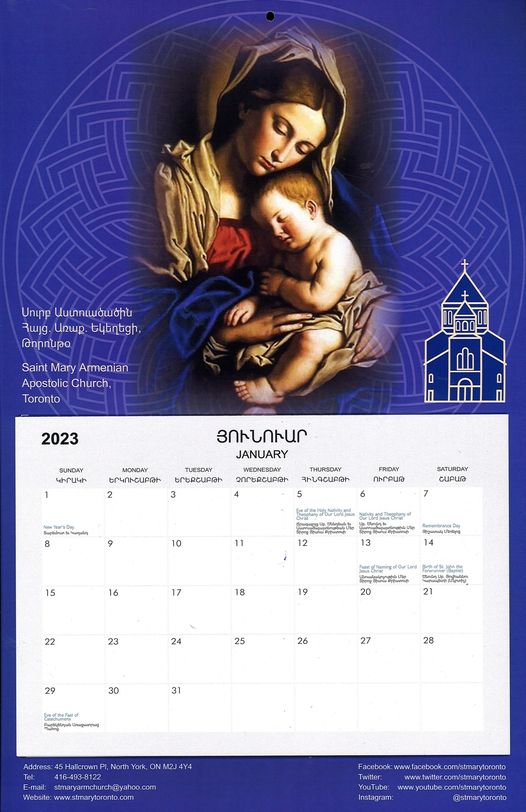 Sorry, no posts were found.